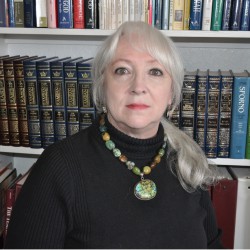 Review of The Night Shadow by Cheri Vause

Hang on to your seat. This book takes you on a journey filled with suspense, intrigue, and a surprise at every turn. Just when you think you've solved the mystery, the author cleverly throws another curve. Each page pulls you deeper into a series of clues leading to dead ends, piquing your need to go on and discover the true identity of the illusive serial killer. Psychological elements cloud character's roles in the scenario, and keep you guessing. Are the characters good? Bad? Innocent? Guilty? Suspense rises. And the story takes on new tones along the way.
Esther and Mac, two private investigators, are driven by any means to expose the killer and stop the senseless murders. They cut corners and surpass accepted methods of pursuit, but each time end up empty handed. As they attempt to unravel the pieces, their romantic relationship struggles to survive, each with their own pain to deal with. Esther's inner turmoil plays an important part in the ongoing turn of events creating an additional obstacle to exposing the killer. 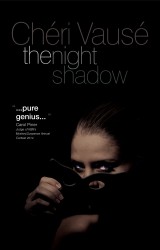 As the story unfolds, the author explores each suspicious character, and guides you from one suspenseful event and emotional experience to another, finally coming to resolution. And the outstanding ending will have you re-living the story before you can put the book down. A read you won't forget.